Many of us have gone through our lives not realising that there’s a difference between deodorant and antiperspirant, and the few who’ve noticed, are always debating over which of the two is better.

The deodorant vs antiperspirant debate does have some merit, since each has a different method and means to conquer sweat. However, they do produce similar outcomes, which is why many of us have assumed that they are one and the same. The truth is, each is great in their own way, as they both protect against unpleasant odour.

Here is how they work

The odour that we all associate with sweat, is in fact, not caused by the sweat itself – perspiration has no scent. The underarms are naturally very moist because perspiration doesn’t easily evaporate there. Bacteria thrives in this warm and moist environment, and it’s this bacteria that causes the unpleasant odour.

The obvious way to prevent the bacteria (and the odour) is to somehow reduce the moisture or destroy the bacteria. This is where antiperspirant and deodorant come in.

The choice between deodorant and antiperspirant is a personal one. However, to make an informed decision you’ll need all the facts.

The main function of antiperspirant is to reduce moisture in the underarms. Its purpose is to plug the sweat ducts, which reduces moisture and in turn, reduces bacteria and unpleasant odour. This probably sounds like the perfect product for prevention of underarm odour, right?

Since it plugs the sweat ducts, antiperspirant is generally favoured by athletes or those who are prone to excessive sweating. As we know, it should be applied after you’ve bathed, or, in the case of athletes, before you begin your physical activity.

On the other hand, deodorant doesn’t reduce the moisture in the underarms; that isn’t its purpose. Its purpose is to fight the bacteria – and therefore, the odour – while also releasing a pleasant scent. This doesn’t prevent the moisture from occurring.

Instead, it attempts to absorb the bacteria, which will then lessen the odour. The pleasant scent, which is released when the deodorant absorbs the bacteria, covers up whatever unpleasant odour remains once the bacteria is gone. Now, does this sounds like the prefect product to combat underarm odour?

Keep in mind though, deodorant only fights the bacteria that is already there, it doesn’t prevent it. Therefore, deodorant is best for everyday use, when you won’t be doing any excessive physical activity.

And of course, it’s best to apply deodorant after you’ve bathed, to ensure that you’ll experience that wonderful feeling of freshness that we all love.

As you can plainly see, antiperspirant and deodorant are both great in their own way. They are both able to provide (in separate ways) a certain amount of relief from unpleasant underarm odour. And while they are each great on their own, wouldn’t it be so much better if they were combined?

When the bacteria-fighting deodorant is combined with the sweat-preventing antiperspirant, you’re presented with the ultimate protection against underarm odour.

Therefore, the best antiperspirant for women, is the one that is combined with deodorant. This prevents excessive sweating, and will fight bacteria as well, which will leave you feeling fresh and smelling great.

Whenever purchasing a product, be sure to check the expiration date first, as expired deodorant and antiperspirant will likely not be as effective.

It’s also entirely possible that the formula composition of the product may change after the expiration date, and this may have unforeseen effects. Remember that whichever you decide on – deodorant, antiperspirant, or a combination of both – should be dependent on your lifestyle (active or not) and skin type (sensitive or normal).

Hopefully this will help you make an informed decision, and perhaps even settle the deodorant vs antiperspirant debate. 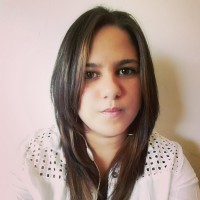 Kayla is currently on a very exciting journey of becoming a business travel writer through enhancing her skills by writing about safaris, adventure and travel tips.

How to Banish Health Intruders

Sweet Swaps for your Sweet Tooth

Secret Foods to Avoid During a Candida Cleanse Diet

Learn How To Protect Yourself From Cold Stress

Posted by Kayla London
Kayla studied Bachelor of Commerce (BCom) in Management Marketing at Boston Business College in Cape Town, South Africa. Kayla is currently on a very exciting journey of becoming a business travel writer through enhancing her skills by writing about safaris, adventure and travel tips.
Previous Article