SHARE
Around 2:00 am and while I was still out partying, I received this call from an unknown number.   Because the place was so noisy and I couldn’t understand what the person on the other line was saying, I shouted the name of the place where I was at, thinking that it was one of my friends calling me. I only realized that it wasn’t my friend, but my ex, when he was already there in front of me.  Meeting him again after how many years in a very unexpected way, due to an unexpected call, felt so surreal, more so since I already severed all my ties and communication with him for many years already. Though the reunion was very unexpected, I’m actually glad that we saw each other.  I just learned that it was actually his last night in the city as he would be leaving the country the next day to work abroad and that he wanted to see me before leaving so that he could thank me and bid me goodbye.  I was surprised with this news, but I sincerely wished for him to be happy and content with his life, in the same way that I’m also happy with my current state in life. With the short conversation that we had, I realized that our decision to let go in the past was indeed the right thing to do. Sometimes love requires us to let go. 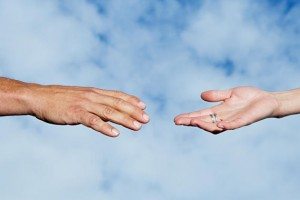 Even if both of you love each other so much, and even when letting go is a very painful thing to do, there will come a time when you need to let go in order for each of you to grow in your own individual lives.  It doesn’t mean that you don’t love each other anymore; it just means that you need to be apart so that better things can have room in your life. This line of thinking of loving and letting go was hard for me to accept at first.  But when I saw my ex again, I realized that indeed, the decision of letting each other go had helped us become the people that we are now.  I’m living my dream and so is he.  Letting each other go had done more good for us than we ever initially imagined.

In the end, we hugged each other; it was a long hug, and I was able to feel a lot of whatever it was that he was feeling at that time from that simple hug.  A part of me kind of missed him, but a part of me also affirmed my decision way back in the past of us letting each other go. After that long hug, we said our goodbyes. I just watched while his car sped away, wishing happiness for both of us wherever our own paths may lead us.  After a while, I took the opposite direction.

I'm a Dating Senior Writer at Independent Femme. I'm famously indecisive and love to write about love, marriage, and making the world a better place for healthy and sparkling relationships!

Posted by Erin Lane
I'm a Dating Senior Writer at Independent Femme. I'm famously indecisive and love to write about love, marriage, and making the world a better place for healthy and sparkling relationships!
Previous Article 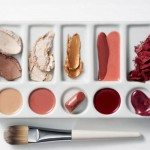