SHARE
A female midlife crisis was uncommon before. Why? Well, it’s because the crisis often affects men, and not the feminine population. That has changed though, especially since there was a drastic change in the roles of women several decades ago.

If in the 1940s women were expected to stay at home, cook meals, and tend to the children, the 1950s brought an enlightening approach. Women stood by their right to do as what men do — have a formal education, have a profession, engage in a business, and then, if well-deserved, enter politics.

The Essence Of Being A Woman

A midlife crisis is a term used to discuss an identity crisis happening at the junction (no longer young, and already on the way of becoming old) of a person’s life. Whether it’s a female midlife crisis, or it happens in men, there are certain causes to the problem. Let’s discuss them one by one.

So, What Are the Differences?

A female midlife crisis is characterized by finding the time to finally do the things that the woman wasn’t able to do before. So, she does the following:

Men, on the other hand, experience a midlife crisis because they think that they are losing time.

Whether it’s a female midlife crisis, or it’s the man suffering from it, what’s important to know is support from friends and family is needed during this time.

The “Manly” And The “Girly” Midlife Crisis

Men and women can’t help it—they want to be against each other. Most of the time, it’s fun, but sometimes, it also gets serious. The topic of this article isn’t meant to side with girls in the usual love your own fashion (I’m a girl, that’s why); it’s more about understanding the difference between a man and a woman during a serious phase of their life: the midlife crisis. So, as a heads up, it’s not “girls vs. boys” this time—what we have is an educational discussion.

For a smoother flow, we will divide the differences using aspects- here it goes:

How to Deal With Female Midlife Crisis

Knowing all these, we can conclude that once acceptance is reached, both men and women are the winners.

The Face of Female Midlife Crisis

Crisis Point – When Does A Woman Go Through A Midlife Crisis?

How female midlife crises came to be exactly is still unknown; experts, however, say that it came from unexpected changes– both wanted and unwanted.

A very good example is the transition of women’s roles decades ago. You can still vividly remember how women before were expected to just stay home and take care of the children and chores. And then all of a sudden, some people demanded change– that women can also do what men can – that they are intelligent, and they are capable of being in a career or profession.

In the middle of it all, those women were forced to reevaluate what they should be doing, and they needed to reevaluate fast. Hence, some things were overlooked, such as their feelings about the change.

Psychologists explain that a female midlife crisis may happen if the time comes when the women realize that there were things on their bucket list that they were not able to accomplish. In other words, things they wanted to do before, but for some reason, they were not able to.

What Happens When You Have a Female Midlife Crisis?

5 Tips on How to Prevent a Female Midlife Crisis

The next question to ask is what will happen should one person become subjected to the said condition. Well, for one thing, it varies– depending on the extent of disappointment, as well as the support system. But there are definitive signs of a midlife crisis. Let us discuss them one by one.

Deciding Things Once And For All

A female midlife crisis forces a woman to make not-so-sound decisions. For example, she really wanted to become a designer, but she got stuck with being a seamstress for so many years because this was the job that gave her (and possibly her family) the needed stability. What she will do now is quit her job without much thought and proceed in her new career as a designer.

She Suddenly Wants To Be Young Again

In connection to missed opportunities, a woman experiencing a midlife crisis will have the tendency to want to become younger– in every sense of the word. That is, she will try to wear youthful, and often times, sexier and more daring clothes, will change her makeup style, and will have a schedule of a teenage girl. This is especially true if the said woman has missed opportunities when it comes to love. And lastly, don’t be surprised if she dates younger men.

Perhaps this is the first and the most enduring sign of a midlife crisis. The woman will often feel the urge to look into the past and evaluate the things that happened in her life. Even when she’s already making changes to compensate with the missed opportunities, it’ll still feel like she’s regretting a lot of things.

This isn’t uncommon, since whatever they do in the future, the past is already done. And they know it deep down, hence the remaining disappointment.

These three are the most common and most obvious signs of a [easyazon_link keywords=”female midlife crisis” locale=”US” tag=”independentfemme-20″]female midlife crisis[/easyazon_link]. No one can tell exactly how long a woman shall experience them, and the severity of damage (especially women who will suffer from depression) will remain to be a mystery. But one thing is certain: support from friends and family should ALWAYS be present.

Hi, I'm Amy, the Beauty section editor for Independent Femme! I've worked at a cosmetics distribution company for a number of years and learned my way through beauty tricks by making a ton of mistakes along the way. I'm here to ensure you don't make the wrong choices some of my former clients and I made!

You'll find me at all the trade shows and I'll be listing my appearances and speaking dates soon!

Self Gift Ideas: Treating Yourself During The Holidays

How to Greet People in 6 Different Languages

Policies That Make Promotions Harder for Women in the Corporate Industry

Posted by Amy Taylor
Hi, I'm Amy, the Beauty section editor for Independent Femme! I've worked at a cosmetics distribution company for a number of years and learned my way through beauty tricks by making a ton of mistakes along the way. I'm here to ensure you don't make the wrong choices some of my former clients and I made! You'll find me at all the trade shows and I'll be listing my appearances and speaking dates soon!
Previous Article 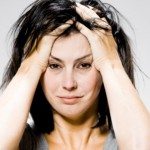 How to Deal With Female Midlife Crisis
Next Article 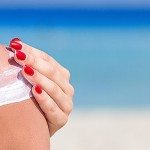